“FLOATING SOLAR IS INTERESTING ONLY IN SOUTH EST ASIA COUNTRIES.”

“FLOATING SOLAR IS INSTALLED ON FEW TYPES OF PONDS ONLY, WITH LOW ENVIRONMENTAL LOADS.”

These are the first thoughts one could have when floating solar emerged some years ago.

Floating solar is a concept born around the 2010’s. At the very beginning it was mainly deployed on basins like irrigation ponds. Overtime though it generalized to other types of water bodies and is now applicable to quite a range of them, even challenging ones. And not exclusively in hot and humid countries.

In the report “Where Sun Meets Water” (2019), the World Bank Group, ESMAP and SERIS estimate that “with a [minimal] potential of 400GWp […], FPV could become a significant market segment for solar photovoltaic deployment”. Discover below what makes ponds sites friendly to floating solar, from its position on the globe to water availability, and explore the high compatibility of floatovoltaic with various types of water bodies.

At a macro scale

Floating solar can apply even where GHI are not maximum

On a world scale the floating solar potential is notably related the Global Horizontal Irradiation (GHI). GHI represents the power of sun radiations per unit area (as per international standards, we often use Wh/m2). It includes the direct radiations from the sun – hitting the earth surface after crossing the atmosphere excluding absorption or diffusion losses – and the diffuse radiations, which is the light propagated by the atmosphere embodied by the sky. 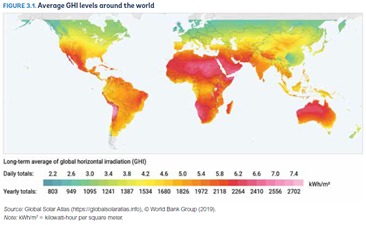 GHI generally decreases when moving away from the equator, towards the north and the south. The above map shows the long-term average horizontal irradiation degree worldwide. The blue-green extreme of the colour shade shows where irradiation is the lowest while warm tones to red-pink extreme show where it is most intense.

The GHI map highlights the fact that a great proportion of the world countries benefits from a good to high irradiation, making the use of solar energy particularly relevant to have more renewable energy mix. Even cold-coloured countries have a significant potential. Meaning solar power can be applied in different regions of the world with a varying GHI. France for example, which shades between 1 000 and 1 500 kWh/m2 per year, generated around 11.5 TWh of photovoltaic electricity in 2019 out of the 1 420 TWh produced worldwide (~ 1%).[1]

Though quite reduced, the The legal framework of countries plays a great role in the extent solar is deployed. It depends a lot on the national energy strategy. Aware of the importance of bringing clean energy opportunities to the increasing energy demand, the global trend is favourable to the installation of solar facilities. Indeed, the COP26[2] includes in its Glasgow pact, ratified by 197 countries, the exit of fossil fuels – implying stopping their subsidization and phasing out coal use. In addition, at a country-scale, it takes the form of government call for tenders and/or state or local authorities’ subsidies depending on the maturity of the national market.

A large number of usable and available water ponds

As per its features, floating solar needs water bodies to be installed. Fortunately, the available and usable water surface is large. Considering only man-made reservoirs, using 1% of them would already correspond to a capacity of 400 GWp of electricity produced by floating solar[3] . With a 10% coverage, this number would reach a terawatt. All the populated continents are concerned by this great perspective, and none is under-represented accordingly with its geography. 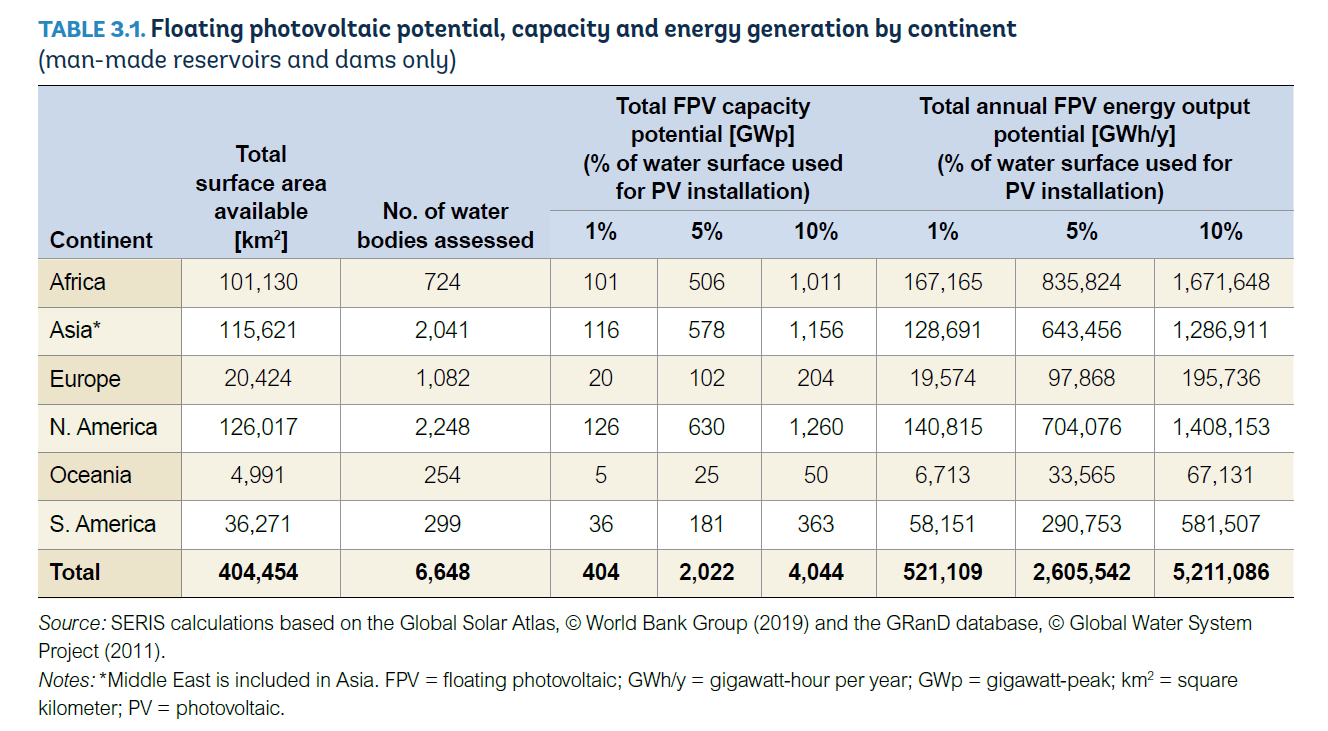 At a micro scale: floating solar applies to various kinds of ponds

Let’s get more in depth with the possible types of these available water bodies. Whatever its purpose may be, floating solar likely fits. Indeed, a large range of water bodies is eligible on the condition that a site study is carefully conducted and that the projects are managed with expertise by experienced teams. Among those reservoirs compatible with floating solar can be found:

Below an overview of where we are capable of installing floating power plants thanks to our floating solar solutions. 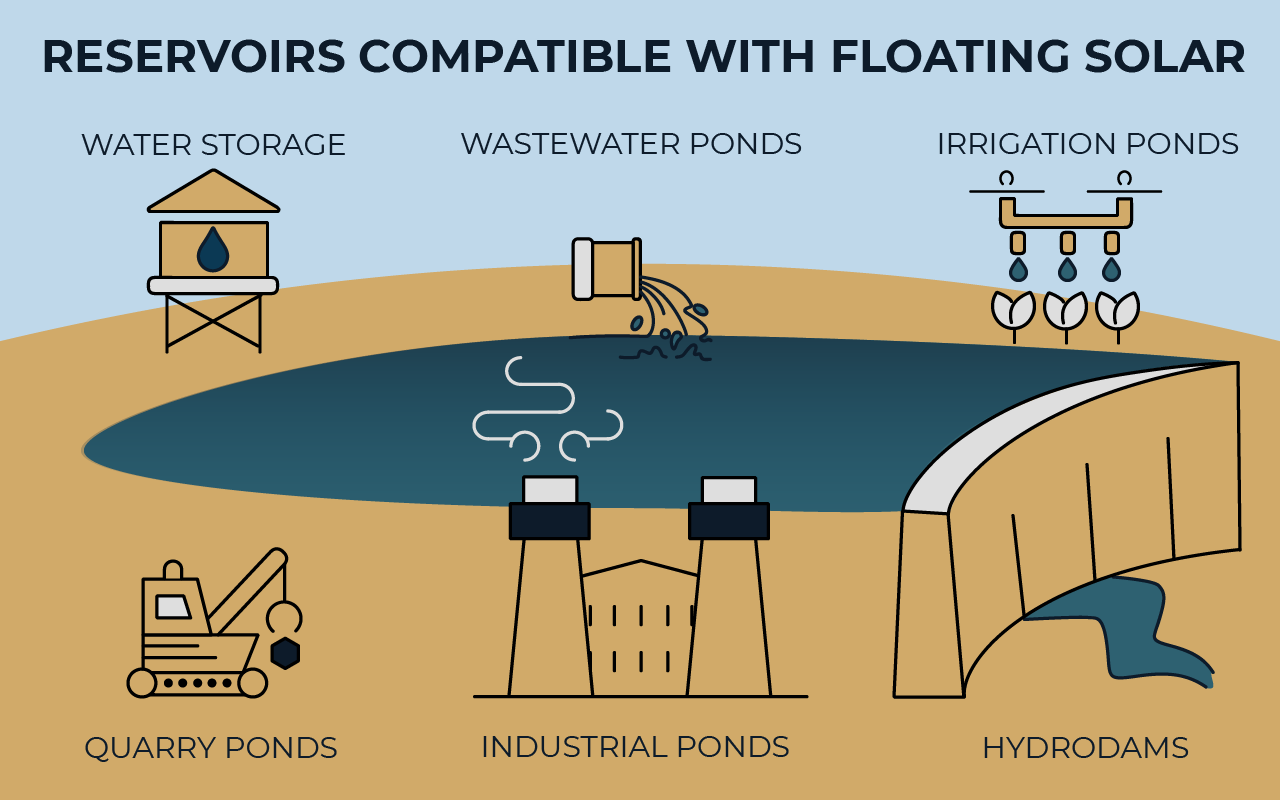 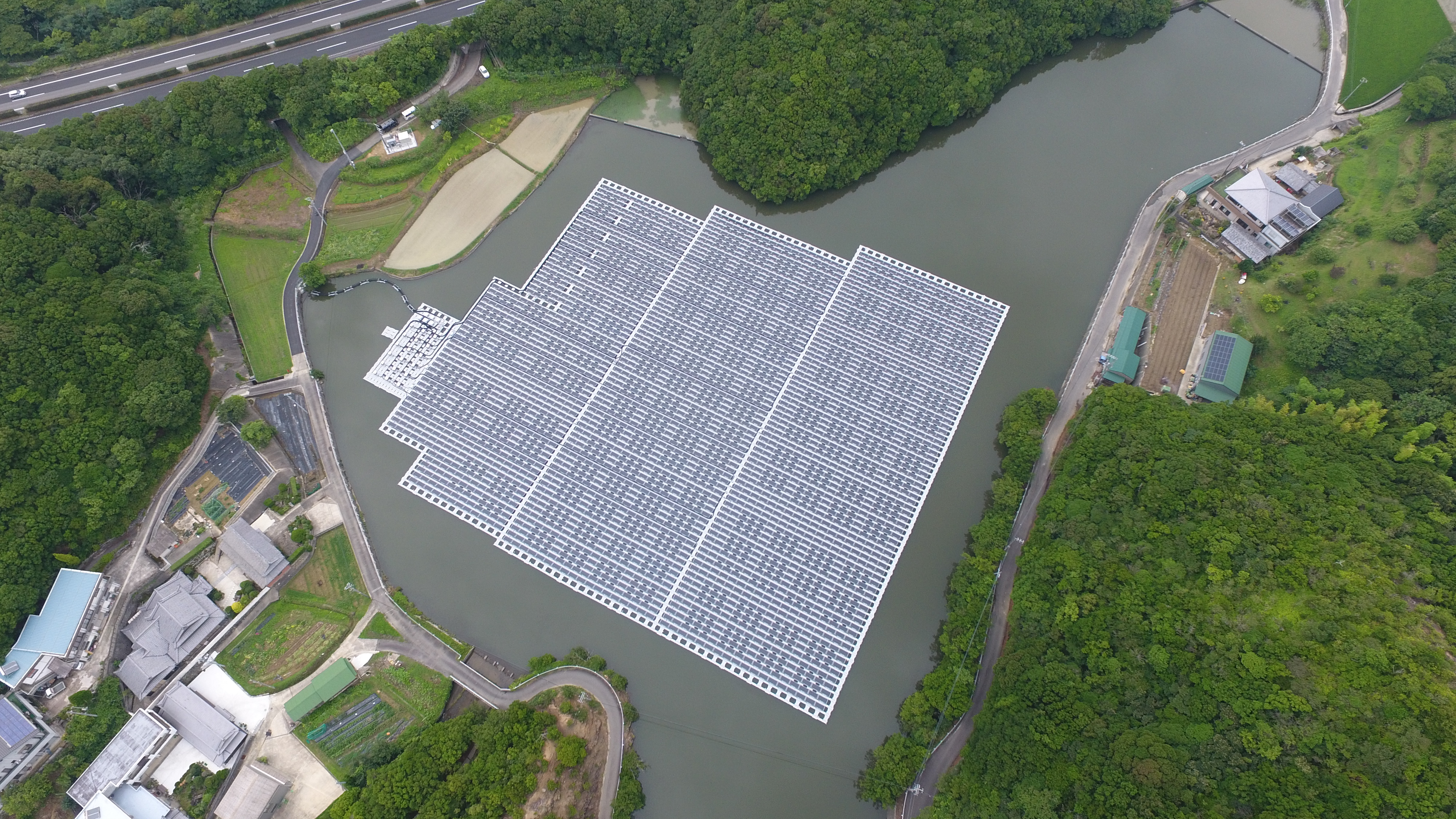 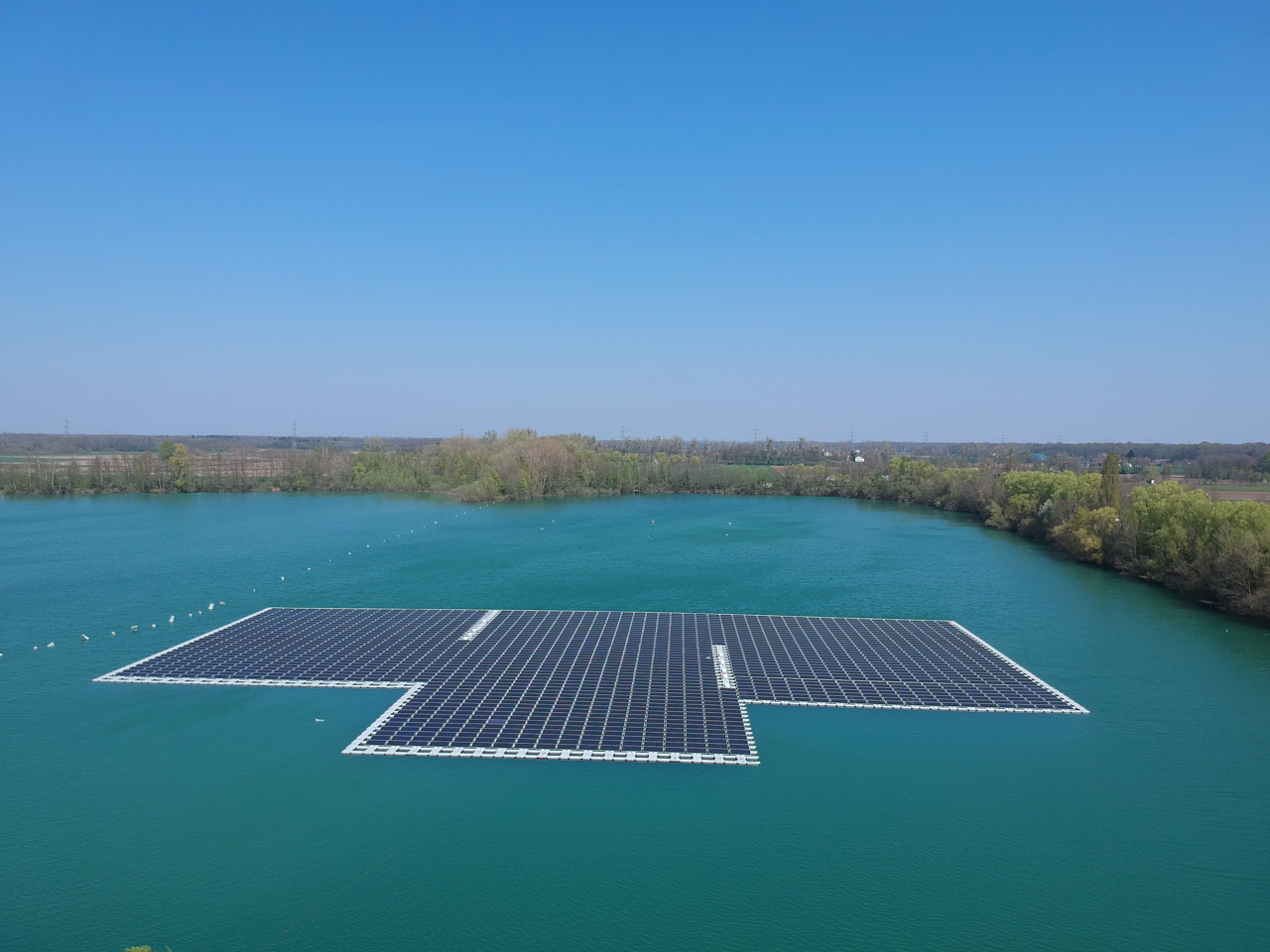 For this plant, we innovated with a parabolic mooring line in so that the FPV farm owner could continue their quarry activity. 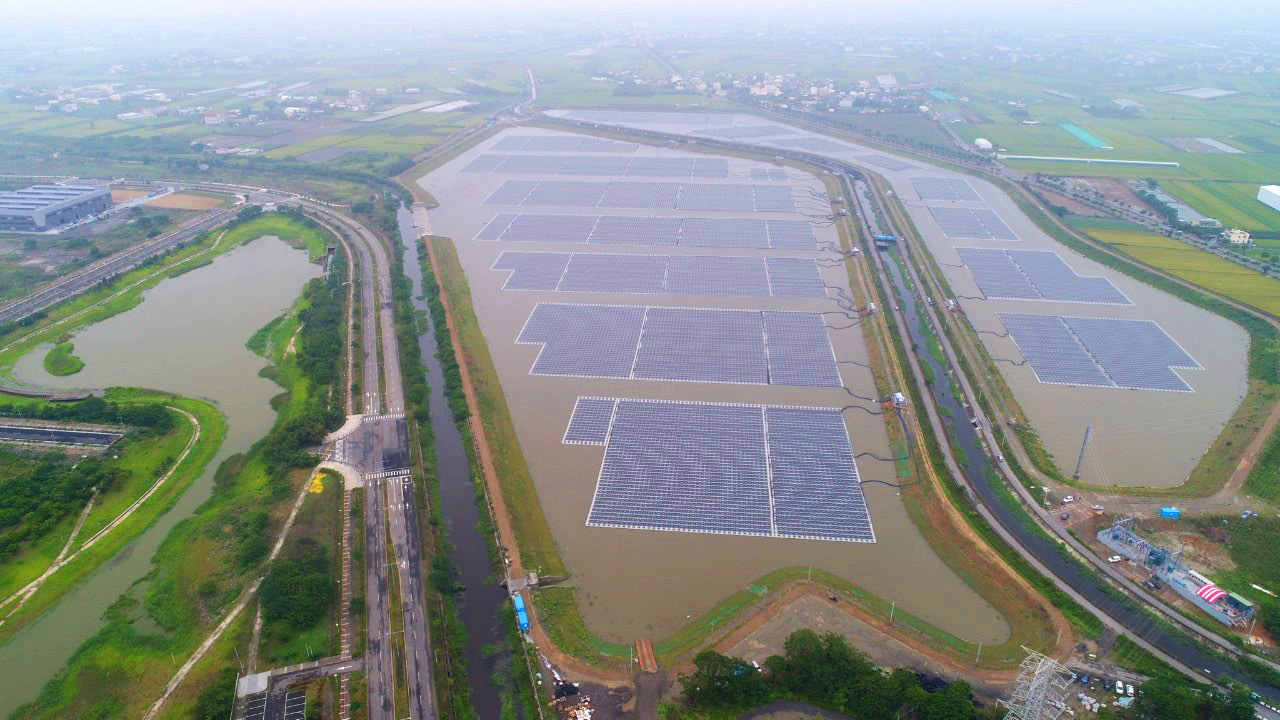 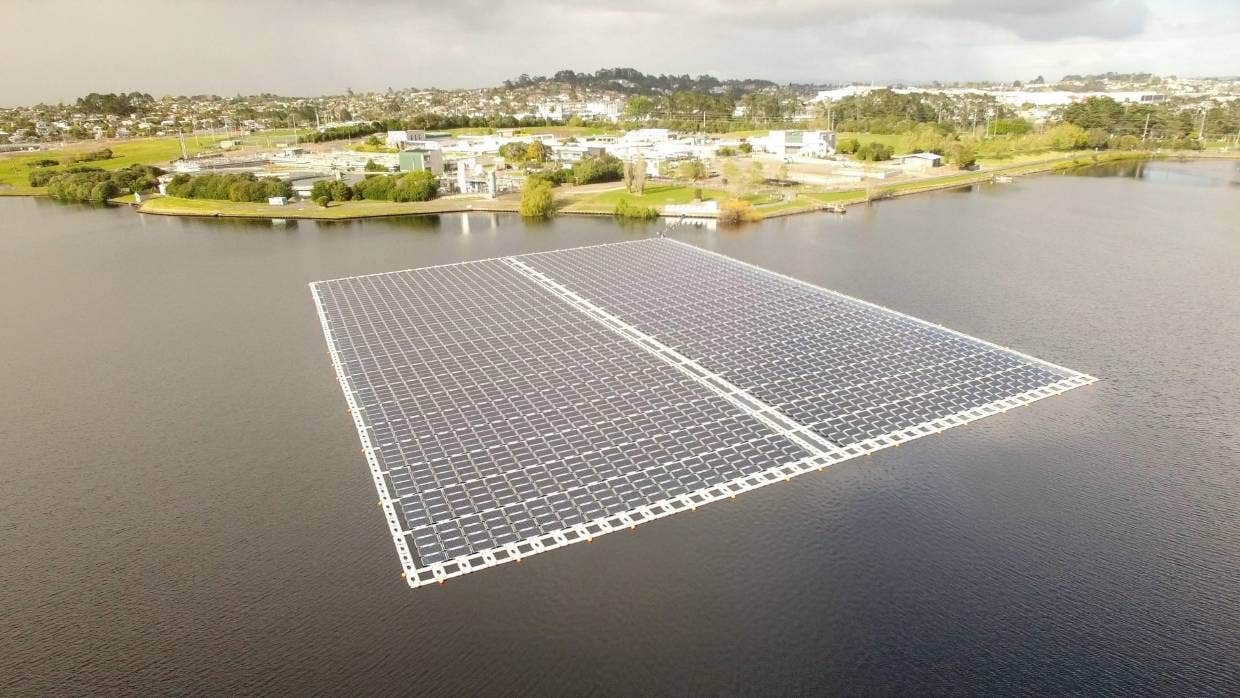 The 1st FPV and the biggest PV plant in New Zealand. The electricity produced helps provide the energy needs of the WTP. 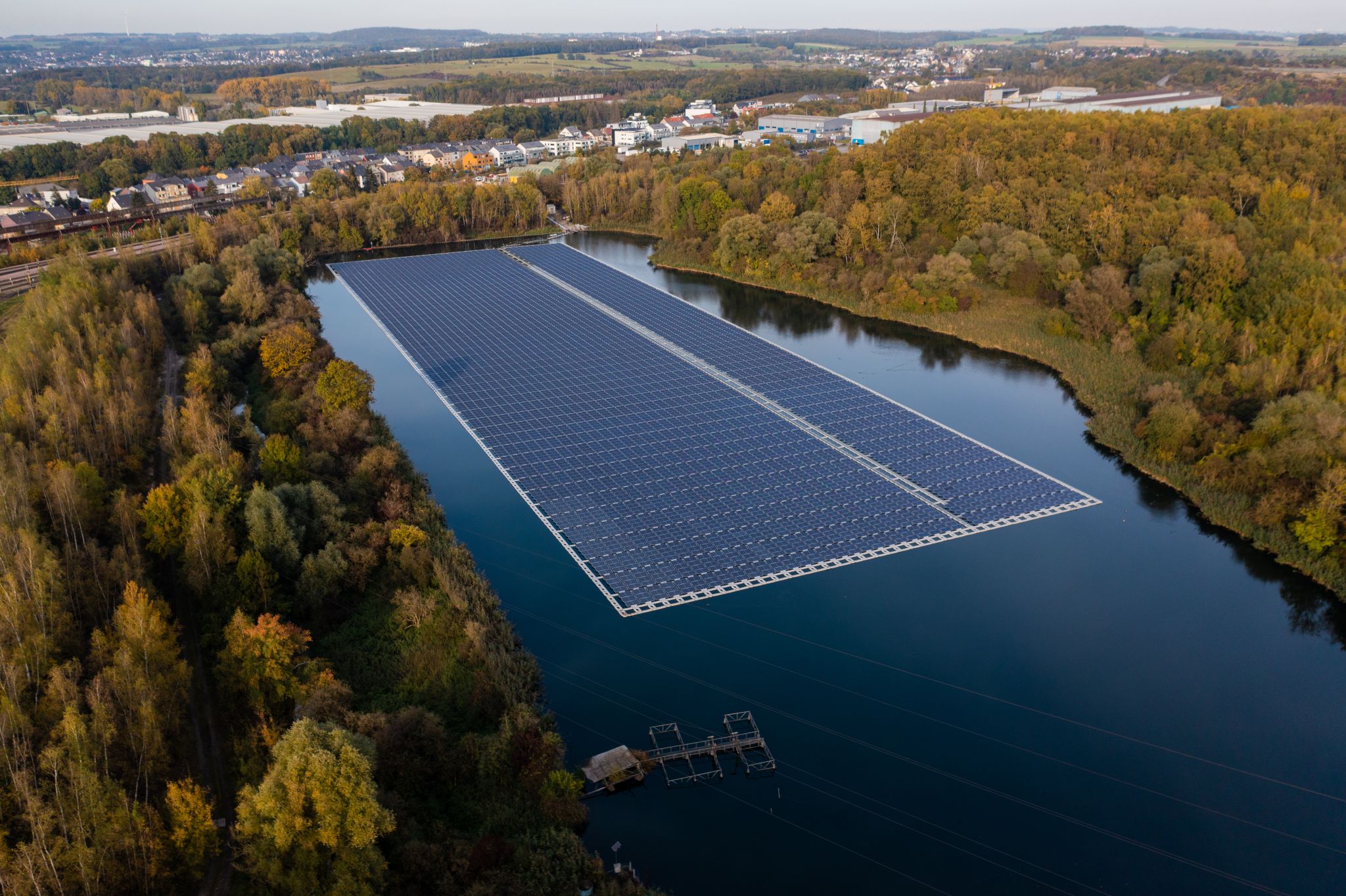 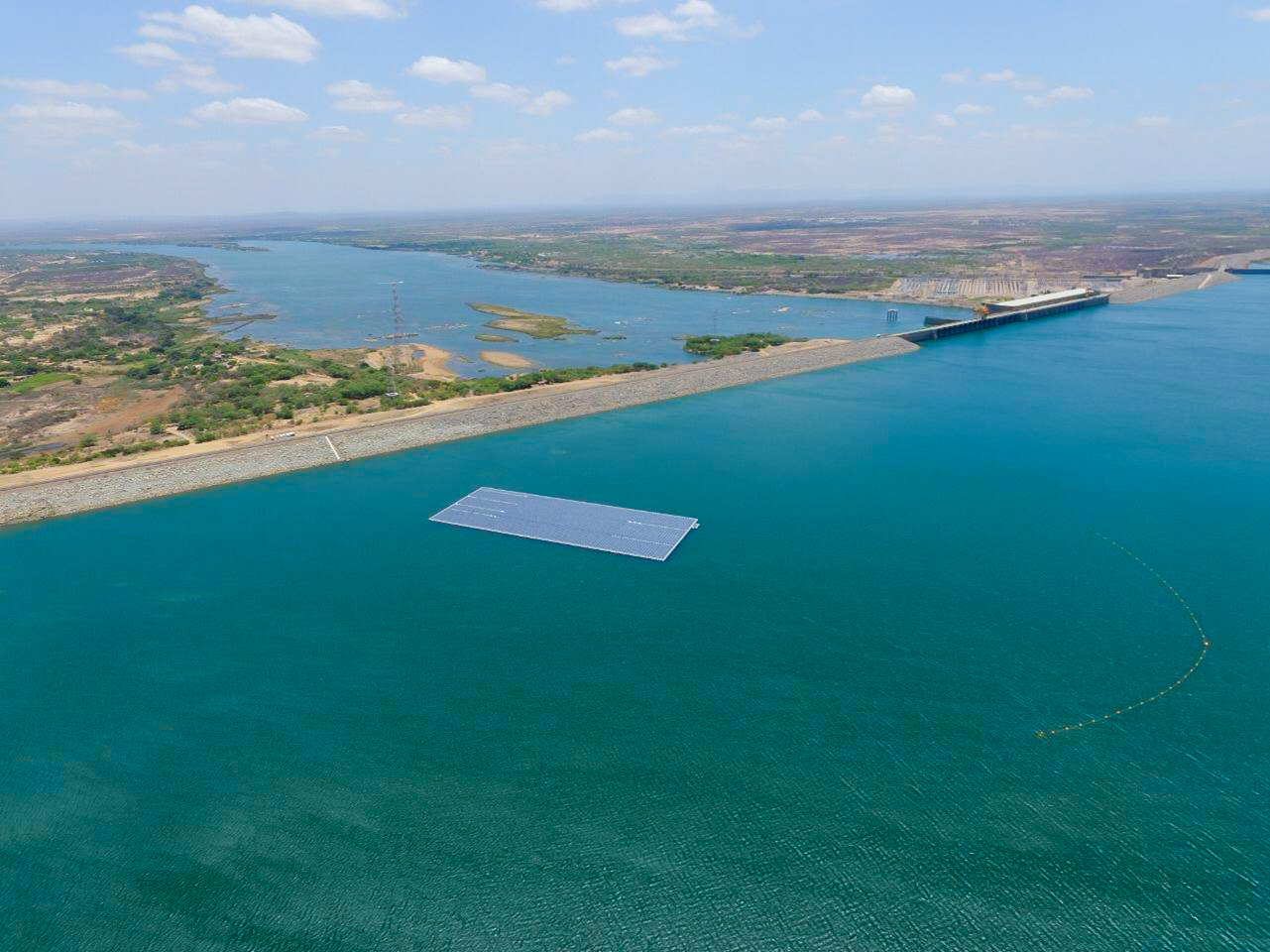 Floating solar can adapt to demanding environment including a certain level of waves and a of water level variation. For the featured projects:

Floating solar enables to save land and water, both valuable resources.

Floating solar plants can also be installed on areas subject to constraints like floodplains or reservoirs which empty fully. More information to come in another blog article.

The synergy between sun and water really is significant.

[3] Source: Global Reservoir and Dam Database (GRanD) compiled by Lehner and others (2011b) due to a great level of geo-referencing and details, validated by Where Sun Meets Water FLOATING SOLAR MARKET REPORT by World Bank group, ESMAP and Series (2019). For more information about the study was carried out, read p.56 of the report 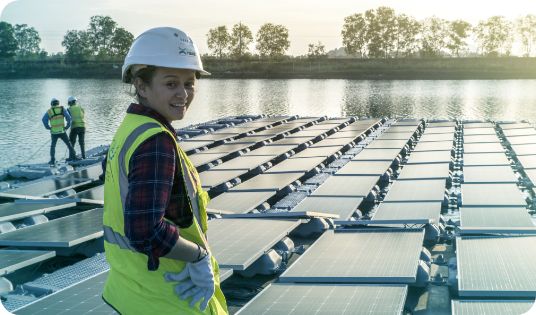